Who hasn’t stayed up late the night before a major paper is due?  Cramming last minute for an exam?  Debating who to nominate for Associate Justice of the Supreme Court?

A quick recap of the action since this morning:

But then, at mid-day, news…

The NYTimes report confirmed a rumor posted earlier by David Lat, and sent Hardiman’s stock to 30c briefly (it would settle in the mid-20s).  More importantly, the NYT reported that Kethledge had been “all but ruled out”.  Kethledge crashed from mid-30s to low teens, and Barrett and Kav were beneficiaries of his loss in value.  The reporting was quickly confirmed by other news outlets.

The Barrett Pump Cannot Be Stopped…

News can only affect a market for so long.  After 4 pm went and Trump told reporters that he still had not made a decision – in fact remarking that he might take til noon tomorrow to finalize his choice – the Barrett pump returned.  She hit 60c in early evening trading on a headrush of irrational exuberance and FOMO.

The final piece of news today is that Trump – while still totally undecided – was “focusing” his attention on Hardiman and Kavanaugh.  (Unless you believe Breitbart, in which case it’s Barrett and Hardiman).  Eventually, this news would send Kavanaugh surging up to the mid-40s (he’s since retreated somewhat).

Early reports suggested Trump was giving himself til 9pm tonight to make a final decision.  That’s passed.  Now he’s set a new time of 12 pm tomorrow (around his intelligence briefing).  We could get a leak at essentially any moment tomorrow morning.  Or not.  It could get to the point where we’re literally trading on rumors of who’s at home and who’s flying to D.C.

Good luck out there, fellow traders!

Who was the enterprising trader that decided to max bet Joan Larsen and Charles Canady at 6:30pm today? 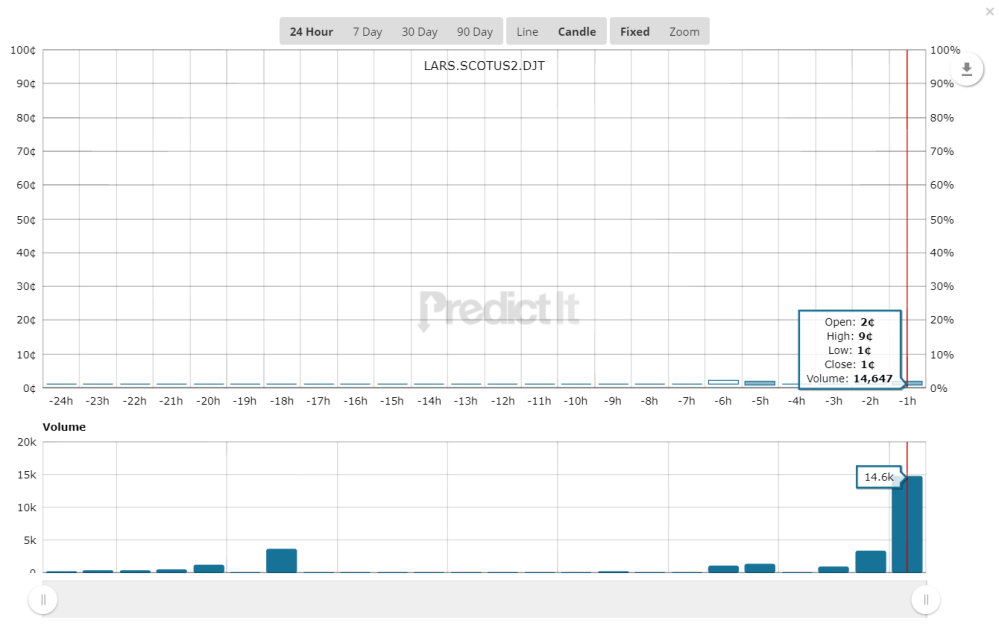 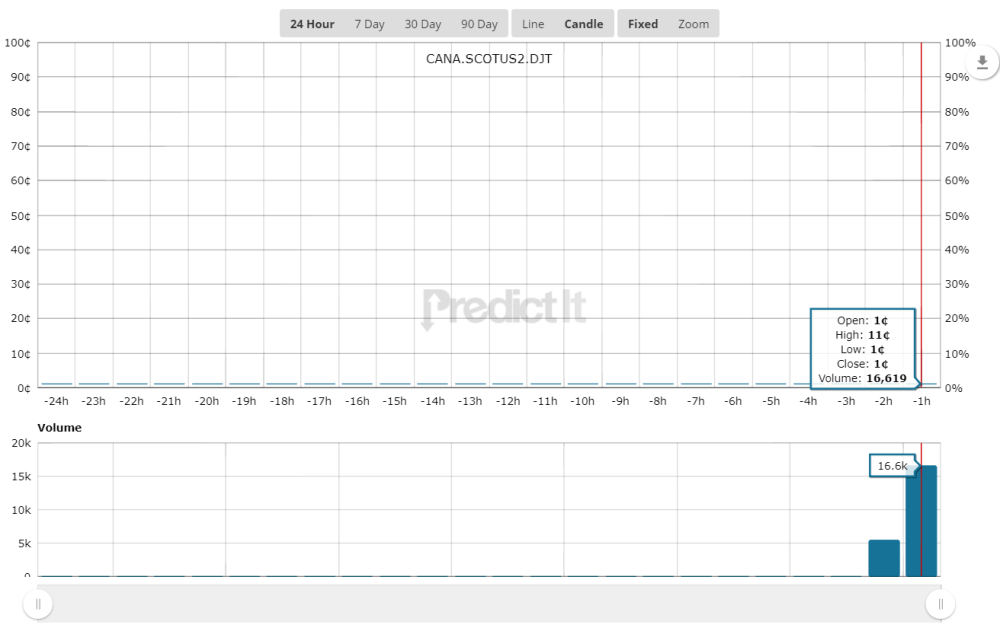